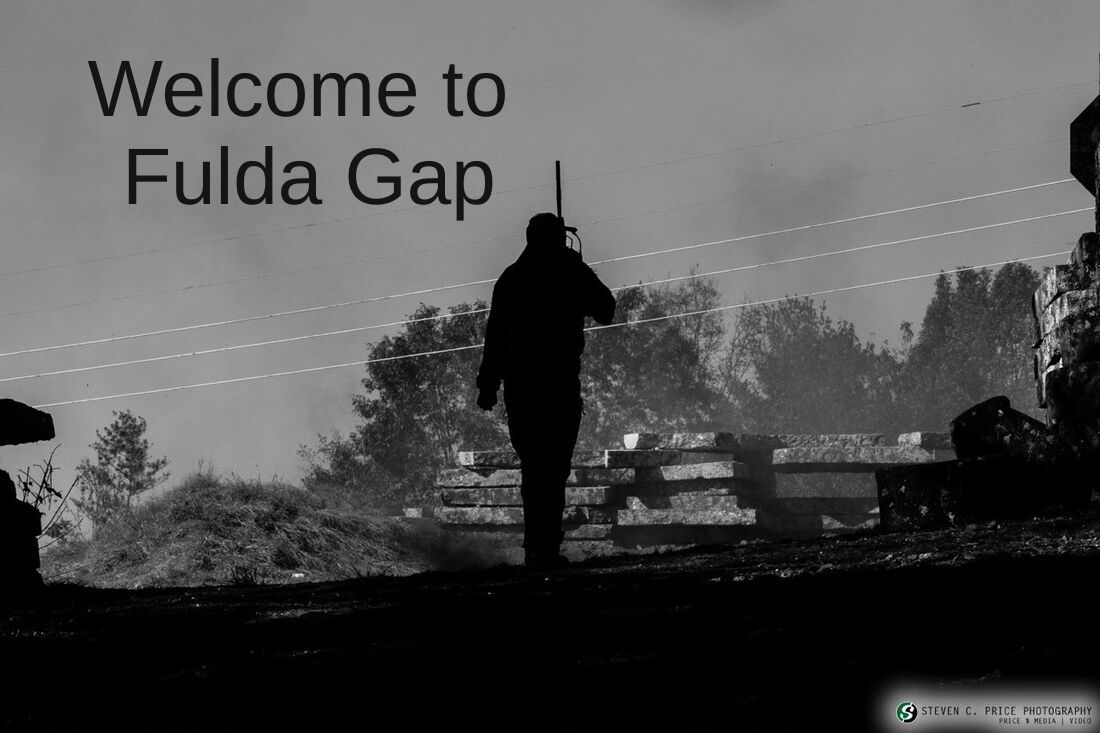 Welcome to Fulda Gap
Ask scenario paintball players about the best games to go to, and you'll soon be lead to the middle of nowhere, North Carolina, to Command Decisions Wargames Center. Every year at the beginning of November 1500 or so men and women get together to shoot the ever living crap out of each other on a large, impressive field filled with buildings, bunkers, bases, hills, and forests. If you are a newbie to it, you may just need a quick guide to fill you in on what to expect at Fulda Gap. 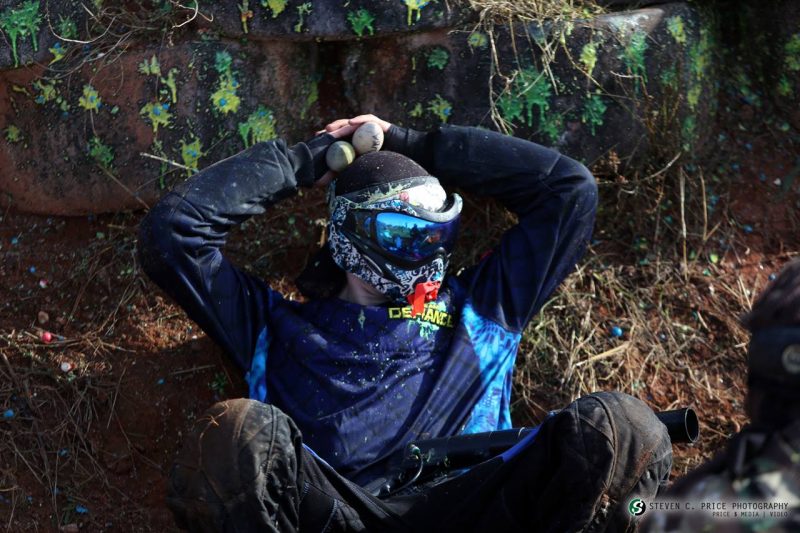 Hanging Out by Steven C Price Photography
Where to Start
Fulda Gap is a bit different than a lot of other scenario games. If you head to their website and you'll notice a few things. The Generals are listed, along with their commanders.  What you'll also see is that you don't just sign up for Red or Blue or in this case NATO or Warsaw. You sign up for a unit. So why does that matter?
​
As it turns out, it actually matters a whole lot. First, you're going to need to decide if you want to go with NATO or Warsaw. What does that actually mean? Well, would you rather attack or defend more often? This comes directly into play right off the bat. Warsaw starts off on Saturday on the offensive throughout much of the field. NATO digs in and fights like hell to hold their ground, in addition to attacking themselves to gain territory. Which would you rather do? 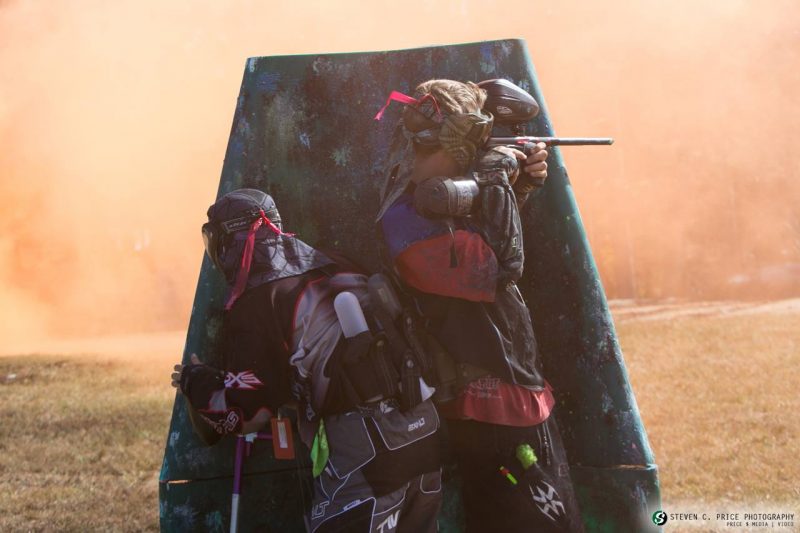 Plenty of bunkers to go around by Steven C Price Photography
Once you have that decided, which unit do you sign up to play on? Good question. Go to the drop down on the site, and go to the side you want. Do you know any of the commanders? They are listed on the site, along with their XOs. This is a good place to start looking for a unit. If so, you can ask them about not only their unit, but where that unit starts on the field, what they might be doing, and who and what teams are going to be playing with them. Most will have a list, and they will definitely have a list once sign-ups really get rolling in mid-summer to fall. But what to do if you don't know anyone there?

How Do You Want to Play?
You're probably asking yourself, "Why are you asking me that before I even sign up for a unit?" Because who you sign up with direct influences how you're going to play and experience the game. Notice on the page that each unit has a starting location, and time of start for the games.  Look at that unit and where they are on the map. 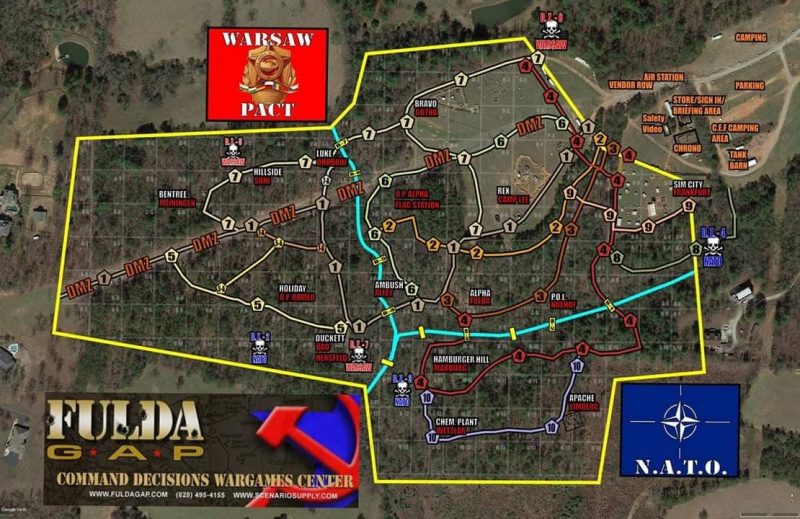 70 Acres of Painty Goodness
If you want to play tanks, ping the organizers, and tell them about your tank. There are different rules for light tanks and heavy tanks, and you need to have your tank approved.  If you want to play in the woods, there are a lot of woods options. Decide if you want to attack a base or defend, and how far you want to be from an insertion point.
​
Take a look at the map for one other thing that you might not always bother with on smaller fields.  Command Decisions is 70 acres and hilly. It is absolutely huge and no matter where you go, you'll feel like you are walking uphill. Units are not the same distance from respawn and you know that you'll have to hoof it back once you're hit. You'll really feel it on late Saturday and on Sunday. Factor this in when deciding on which unit you'll want. 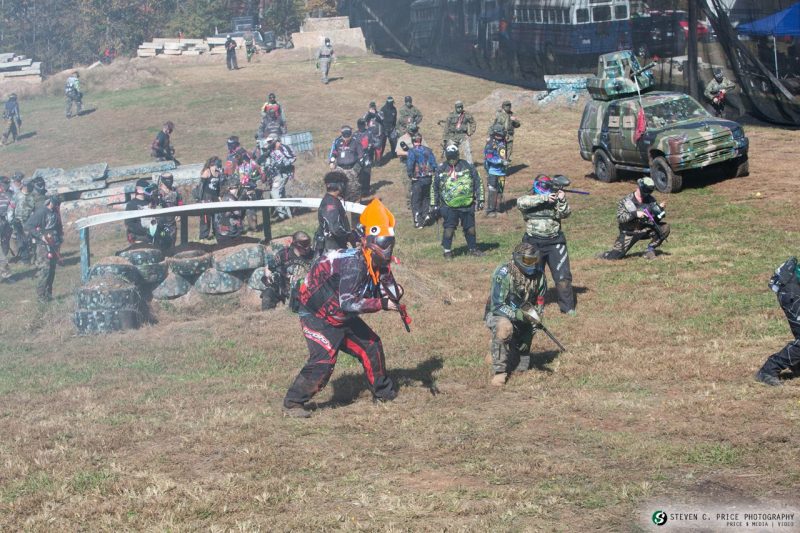 Warsaw coming for Sim City by Steven C Price Photography
​If you want to play in the open field with buildings and bunkers, look towards the open areas of Rex, Sim City, and Alpha.  How about bunker-busting or tank-killing? This area is a target-rich environment. For those that like to spend time actually aiming down a scope and unleash First Strike Rounds, this area also might be your heaven with SAR ridge (between the road, staging area, and Sim City) and huge open areas, along with cover around the outside. 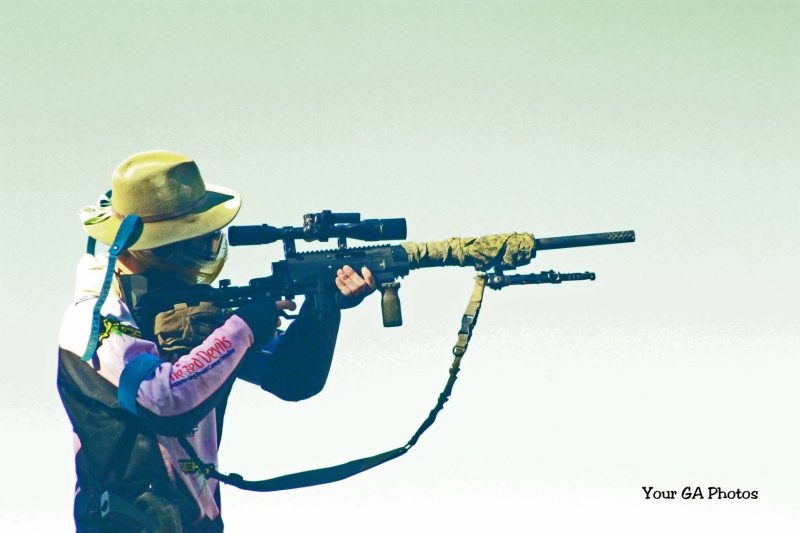 Cowboy Sniping Away by Your GA Photos
​No matter what, you're going to be attacking firebases. It really just depends on your style of play, and what you think you'd have the most fun doing. Pick a group that will be in an area that will pair most closely with your playing style. Also, keep in mind that there are caps to unit size, so once you know where you'd want to be, don't wait until it fills out. 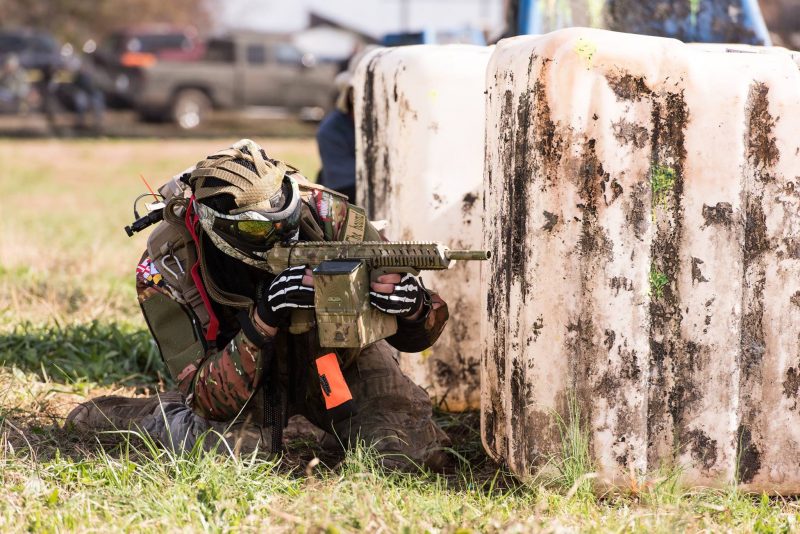 Magfed Welcome!
You may also be asking yourself, "Why are there multiple start times? Doesn't everyone go on at once?" It may be like that at most games, but that's not how it works in Fulda. Some players in specialized units have different goals and start at different times.
​
These units are inserted mid-game in enemy territory or are used to go after certain missions as a 'Special Forces' unit. Expect a challenge and to be ready to sling paint. The Special Forces are goal-driven teams that will be pushing towards a target in order to gain points for their teams. People playing in these units should be focused on completing tasks given by their commanders, and not just trading paint across a field. They are also not dropped anywhere near the staging area. Just something to consider when making your decision.

Is That A Rocket In Your Pants, or Are You Just Happy to See Me?
​If you plan on using a rocket launcher, you've come to the right place. Keep in mind that you cannot use homemade launchers here, only launchers made professionally are allowed.

Now that we have that settled, there are two kinds of rocket launcher tiers at Fulda. The rules are there as a guide on the Fulda Gap website if you take a quick look. The first level consists of most people carrying a rocket launcher will end up. This group is allowed to blow up bunkers that are marked with a diamond. They are not able to blow up tanks. You might think that sounds pretty limiting, and normally I would agree with you. Not here. There are a lot of bunkers to blow up in strategically extremely important locations and, frankly, skilled shooters can swing battles in either direction. 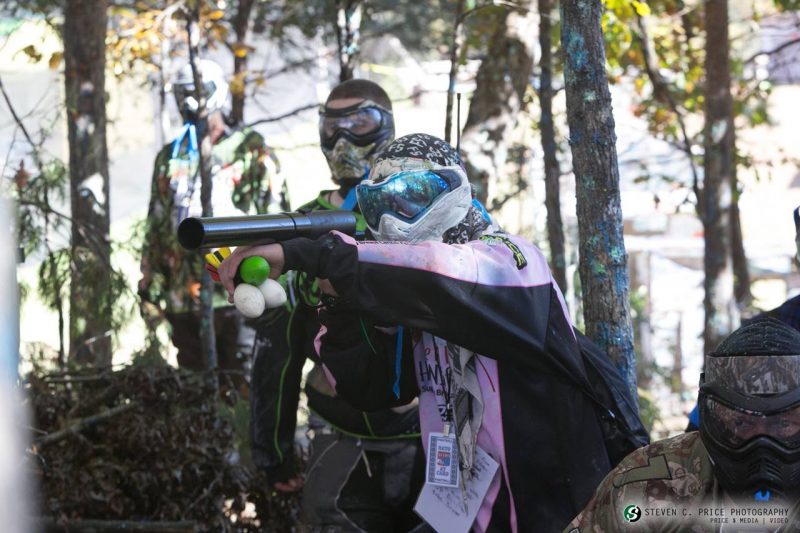 Bunker Busting by Steven C Price Photography
The other group of rocket launchers are those with AT Cards and individual AT Launchers.  By AT-Launchers, I mean mobile cannon units that are allowed to blow up both bunkers and tanks. Players with rocket launchers and AT Cards are allowed to blow up bunkers and tanks as well. There are a limited number of these cards, and they generally only go to people that Commanders know and trust. If you want to go this route, be proactive and reach out to your unit Commander after you sign up.

Picture Me Rolling
​If you are considering one of the tank units, take a look at the rules. The tanks at Fulda can be monsters, packing rocket launching cannons and fully shielded gunners.  You can definitely bring tanks, but they do have rules regarding them that are specific. There are heavy tank classifications and light tanks, each with their own rules and restrictions. 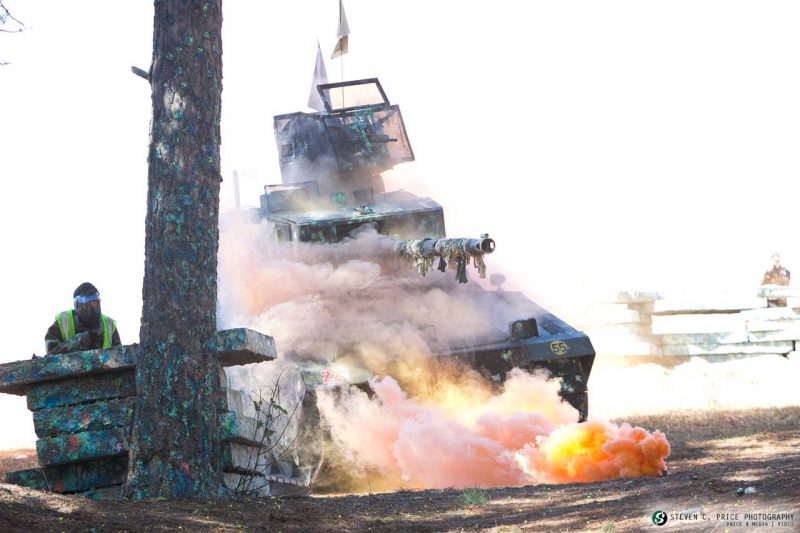 We may have a problem here by Steven C Price Photography
A light tank is easier to blow up, but can go more places, is smaller, and has a cannon that doesn't fully rotate. The heavy tanks are a lot harder to blow up and have 360-degree turrets, but cannot go everywhere. A good tank can be absolutely dominant if driven well, and anchor an area for a team. If you are going to go this route, you definitely need to speak with the organizers about what you're bringing to town.

So I Got My Unit, Now What About My Balls?
​Glad you asked. The event is field paint only, and you'll want to buy paint early if you can do so. If you can afford to do so, go for the upgraded paint, which around $10 more per case. At least in my experience, it has definitely been worth it. The base paint was not the highest quality, and the upgrade was significantly better. You can also get First Strike Rounds if that's your bag. Expect to shoot a lot, as you'll have 750 or so targets running around across the field from you. Just to give some perspective, a teammate shooting a bolt action SAR easily went through more than a 250 FSR case over the weekend. 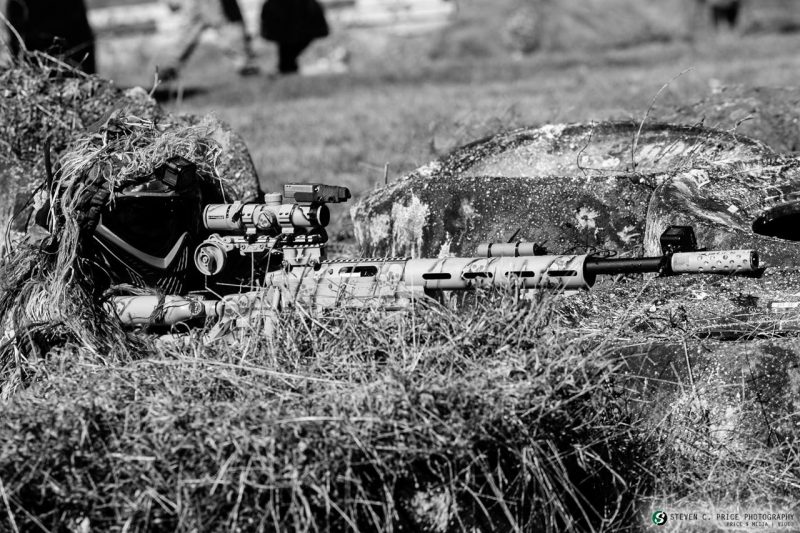 This is my rifle. There are many like it but this one is mine by Steven C Price Photography
There, that's that
You should be all done with signing up at this point, right? Well, yes and no. Try and contact your unit commander or XO, and, if you're on Facebook, to join the Fulda Gap Paintball groups. While they do allow for some good nature smack talk, these groups are also very useful for information and coordination prior to the event. They are also a good, quick guide on what you need to grab before the Fulda Gap itself.​