The Boston Paintball/Committed Paintball Marker Stand
Fun fact: Paintball guns are expensive. If you're like me, when you go to an event, you want something that can keep them upright on a table and not falling down like your light weight friend who's sooooooo drunk after their third beer of the night.  If they fall off a table or truck bed, you can ding up the marker, bottle, or loader.  That's where the Tribal Rack from Committed Paintball comes in handy. 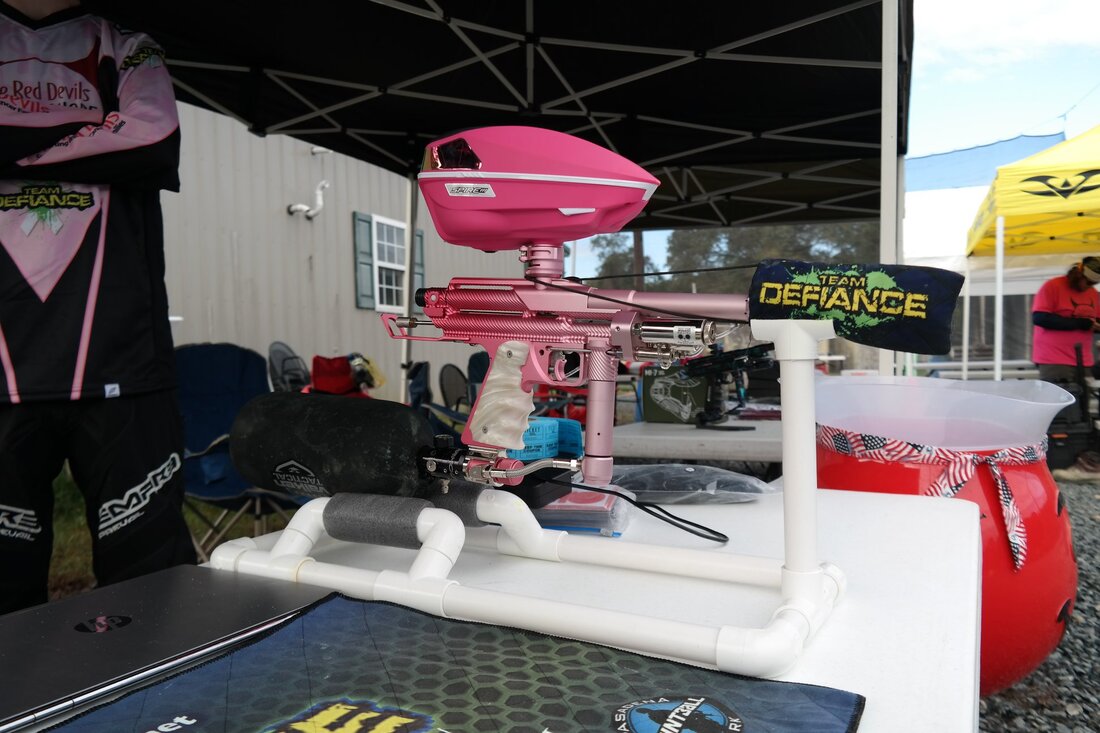 Great looking marker getting held up by your standard ugly pipe stand
The marker stand I own and used previously was something that probably looks very familiar to most players.  This basic bitch is a PVC pipe stand.  It's simple.  It's cheap.  It's connected tubes.  It does the job, but is portable, bulky, and eats up  a lot of your table space.  The best way to describe how it looks is that it has a nice personality. 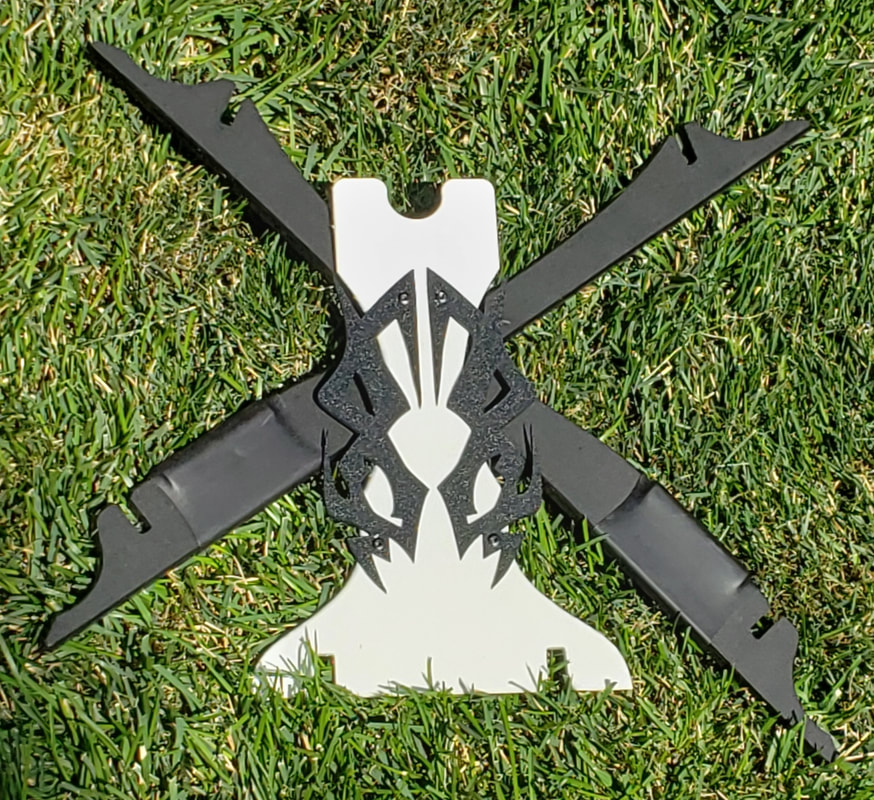 Gun rack, in pieces
I was looking to upgrade, and wanted something easy to transport, that would hold a heavier full set up (I shoot comically inefficient cockers with massive tanks as a heavy gunner.  It's not a for people who are pumped about the next 3 oz shaved off a marker), and that fit my personal style.  As a Twister owner, I was excited to see that Committed Paintball/Boston Paintball had recently come out with a good solution.

Front place with the tribal logo
Enter this glorious bastard.  The marker stand itself is pretty simple.  It's 3-D printed plastic, breaks down easily, and will hold your marker as well as any other out there.  While it's not revolutionary, it is very good at doing exactly what it's designed to do.

It's actually 8 pieces plus screws, with the back piece, arms, and front piece, along with two rubber sections wrapped around the arms of the rack to softly hold your set up in place with friction on your bottle, and then the two pieces on the front making the Boston Paintball tribal logo.

To put it together, you just slide the front and back pieces into the tabs and you're done.  Just add your marker to the top and relax.  Frankly, if I actually need to explain that to you, then the marker stand is the least of your problems.  But lets just say it does not come with directions for a reason.  My two year old can figure it out.  It shouldn't be a problem for adults.

Easily holding the minicocker
The Tribal Rack will keep even the heaviest of paintflingers upright on your table, breaks down into four small pieces to easily slide into your gearbag for when you have paint-will travel, and with the tribal Boston Paintball logo, has the biggest, shiniest pair of brass ones on a mobile marker stand.  It's similarly priced to other marker stands of the same construction, and comes from one of the best names in paintball.  It's a great solution for the traveling distinguished gentleman.  Or you can be a heathen like I was and put rims on your Ferrari.  This seems better.