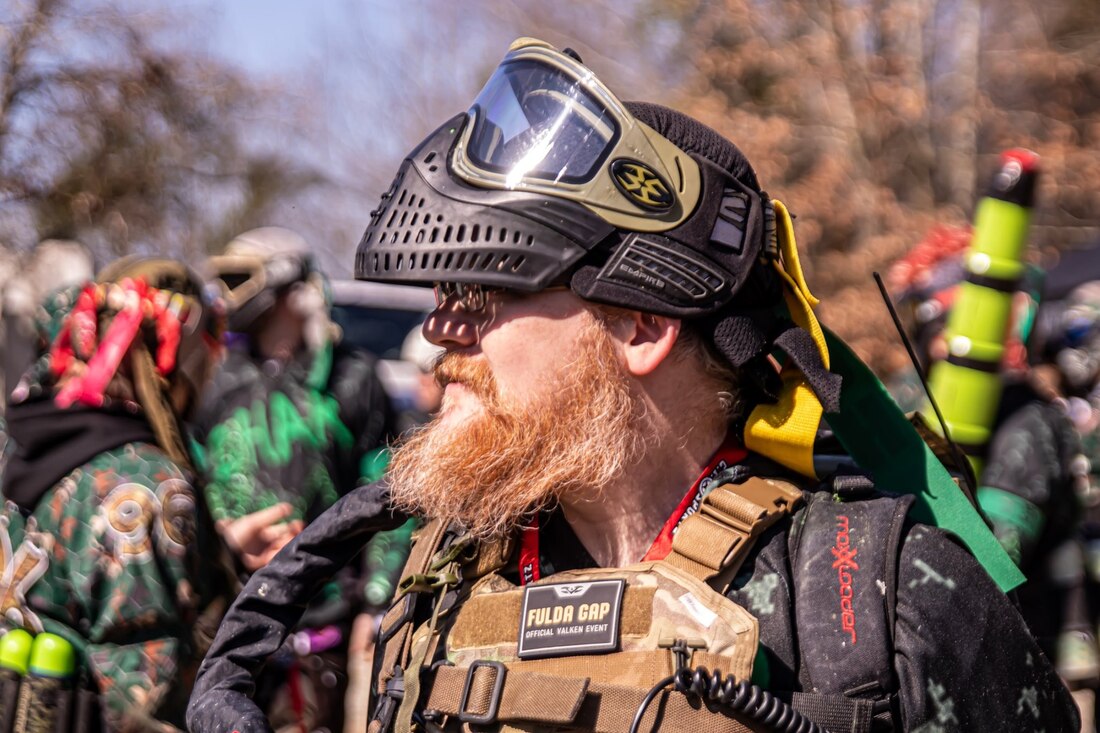 WARSAW General Archangel Mikel at Bones and Ashes
If you have been at many scenario games up and down the East Coast, odds are good you've seen this face.  This Modern Day Pirate is Archangel Mikel, and he's a prolific player, commander, and e-Celeb.  He's also the returning victorious WARSAW General, and all around good guy.  I asked him to do a quick interview so everyone could get to know him and his point of view, and he obliged. 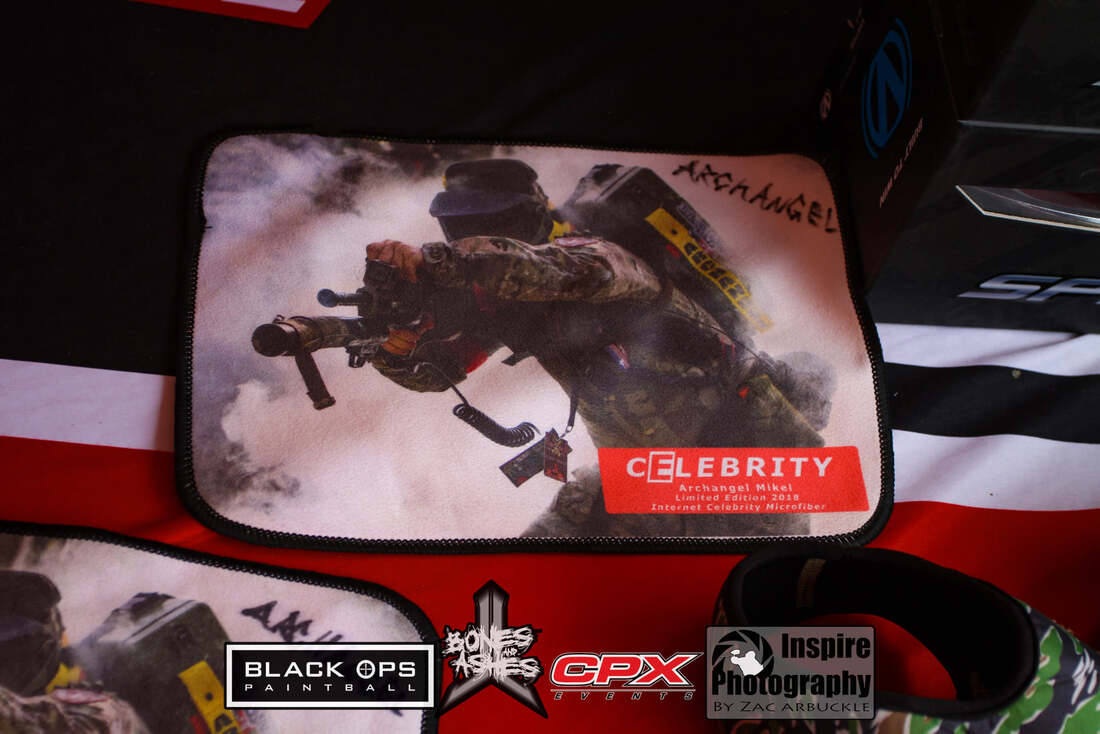 See? Proof. E-Celeb. Says so right on the microfiber.
When did you start playing paintball?  Where did you play and who got you into the sport?  How did you land with your current team?
It was 93-94 I think. I went with a friends church group to Triple A paintball in Alabama. I currently am a solo player who enjoys a few honorary team memberships as I travel!

When did you start getting into scenario games?  When did you start being an officer and getting into commands?  How have you grown as a player and commander since then?  What have been the biggest lessons that you’ve learned?
I was into scenarios almost immediately after starting to play, but command didn’t really present a chance until the mid 2000’s.  It was very trial and error for me. Biggest lesson I’ve learned? Never forget that the people around you are on vacation. This is supposed to be fun. If I’m dragging the fun out chasing a victory I’m doing more harm than good.

What kind of commander do you see yourself as?  Would you rather be out there leading a charge, or do you prefer to act in a more strategic role, delegating to others?  Or is it dependent on the situation for you??Obviously the game and the position in the command structure really determine how I approach it. As an Xo or unit leader I like to be close enough to the engagement line that I can direct and relay useful info, but not so close as to be a liability to the chain of command. As a game general I need to be in a central location, and fixed so the players can easily find me and get the help they need to be successful. 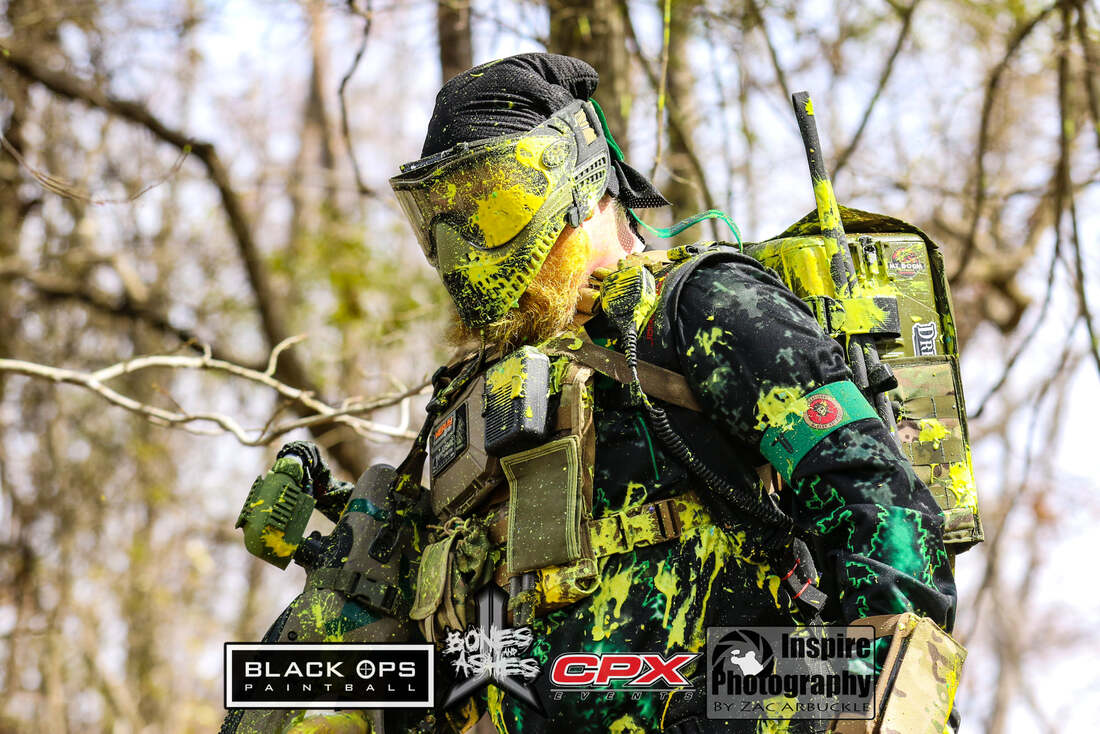 Not afraid to eat a little paint
When did you first play Fulda Gap?  What were your first impressions?  What made you come back?
My first was 2016, with the armored cavalry. I fought for the Wilson’s. The scale of the event was amazing, and the organization made players feel involved at any level.

What are your favorite things about Fulda versus other scenarios?  What separates it from others for you?  What makes it special for you personally, on and off the field?  Is there any aspect of it that you think is underrated or that players who haven’t been there should experience that they might not know about prior to going?
Fulda gets the formula of fun and structure right. The command chain is large enough to get people involved without becoming overbearing. So please, when selecting a unit, reach out to the unit commander and get to know them.

Getting to know folks has been one of my biggest motivators to keep returning. I’ve made many friends out of the Fulda crowd over the years! We may forget a shot we took, or flag we scored, but the people we play beside are why I return every year.

How did you end up here, as General of the Super Bowl of Scenarios?  How many years did you act as an officer prior to this?  What areas of the field did you command?
Blind dumb luck? No, lol!  It was happenstance that the 2017 year the general knew me and had a specific vision on how to use the Spetsnaz. Thought I fit that and asked me to recruit a mob of hard hitters. Then the curveball hit two weeks out---change in command, new orders. I managed to fit a square peg in a round hole as best as possible and the command circle saw that. They asked me to return and this time I got the people behind perfect for the role and we killed it. 2 years as Spetz commander and the offer came to general in 2019.) 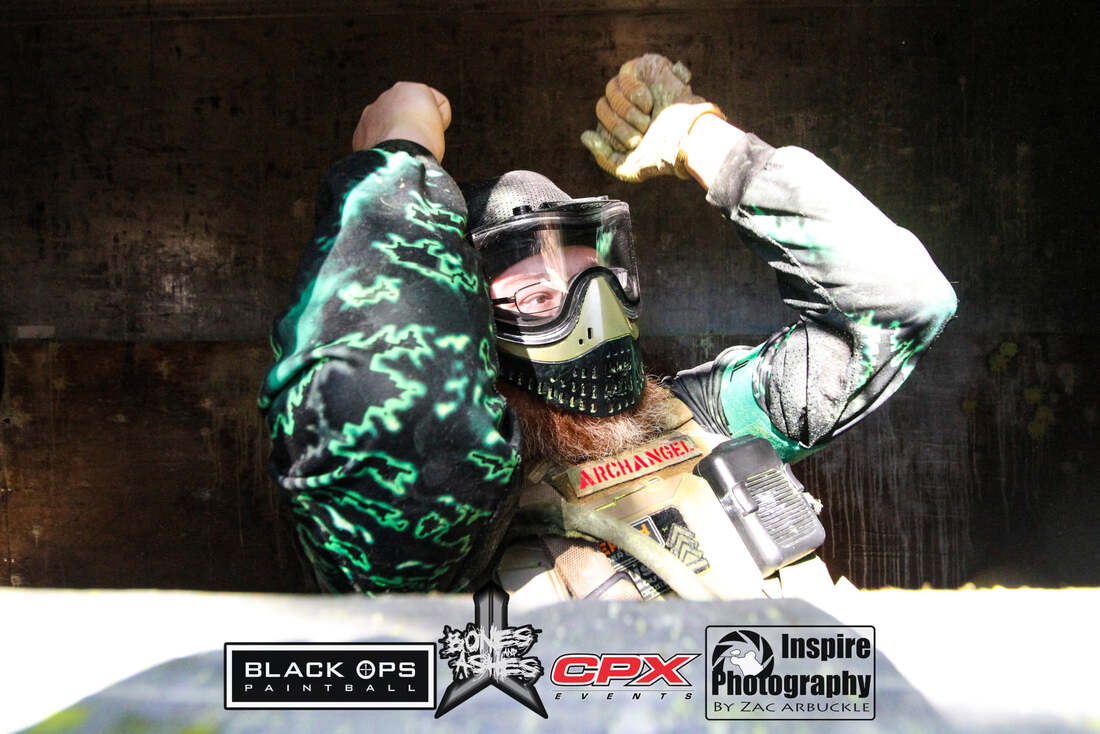 Wooooohoooooo!
As the returning General to Fulda, what do you think the biggest advantages are?  What do you expect the biggest challenges to be?  How did you plan on mitigating those challenges?  How do you view the strategy, since your opponents have seen how you played your hand at the last event?
Well, my opponent is no stranger to Fulda Command either, and he knows his stuff. I have the advantage that it can be marginally easier to recruit to a previous wining side, but pressing that can actually turn folks away. Nobody likes a braggart. As for strategic plans, flexibility and contingency are key here and at any game.

Without giving away any strategy, what are your philosophies on commanding a game of this size and magnitude?  What’s important to you in goals for the team, both in terms of trying to win and just overall for your players?
Two words: communication, and delegation. If I micromanage I lose perspective and the respect of my unit commanders. I need to look at the whole picture, lay out expectations and goals for them, and most importantly trust that they will do the rest.

What do you look for in your officers?  Why did you choose those who you picked this year?  What are you hoping to get from them this year in November?
The UC’s need to be well-rounded players who are community active. You can be a machine on the field, if you can’t be bothered with a planning talk or a player's question, then you’re not a commander. The people I’ve grabbed are both players and community figures. What I am confident I will get is their best work. They’ve each earned my respect. 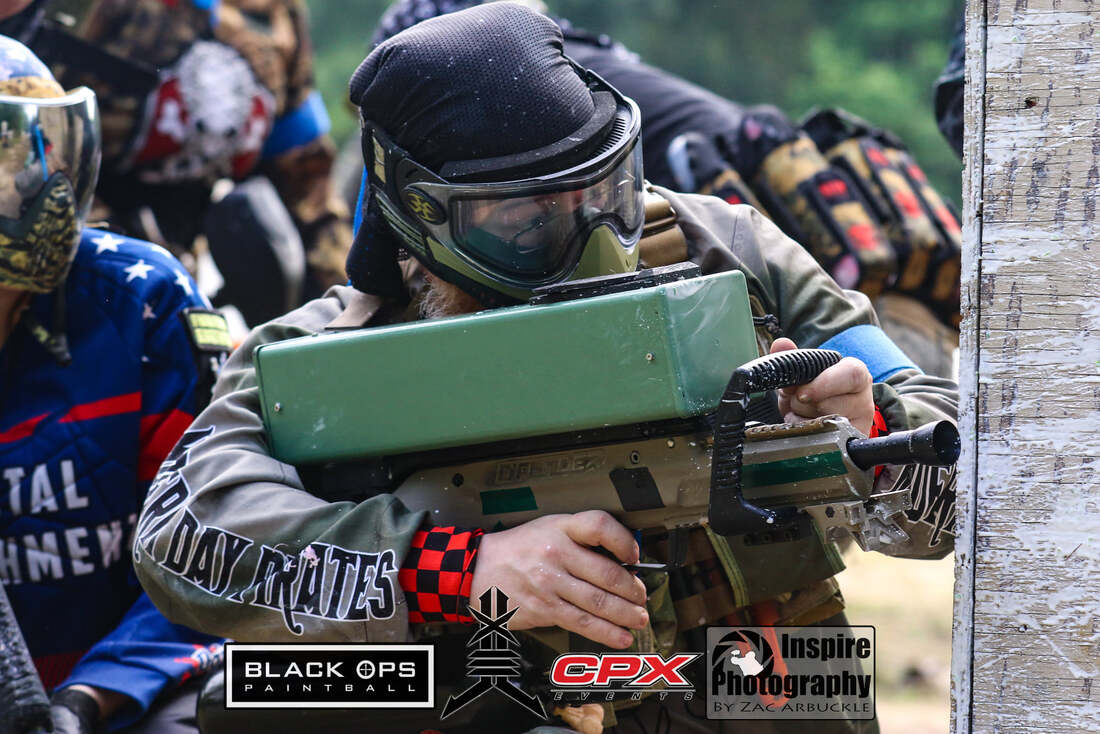 Mixing it up with his big ol' Dfender
What do you hope for in regards to players on your team and teams that decide to play WARSAW?  If you had a message for them prior to the big game, what would it be?
Sportsmanship, Camaraderie, and tenacity. Pack those in your gear bag first. If we all do that it’s the best weekend of Paintball in the world.

What do you think is the single most important thing for players to do to help your side win this year?  What can separate WARSAW players from NATO and put them ahead for the win this year?
Plan ahead, register early and arrive at the field early. Being ready to go in-force makes a difference.

You’re commanding the WARSAW side, which generally has more players and gets to be attacking the majority of the game.  What do you see as the biggest opportunities and biggest challenges for you and your side in playing WARSAW?
Biggest challenge is that while NATO numbers are lower by a tiny margin they get defensive position starts and field dominance at day start. We must make progress quickly to prevent a score lead. 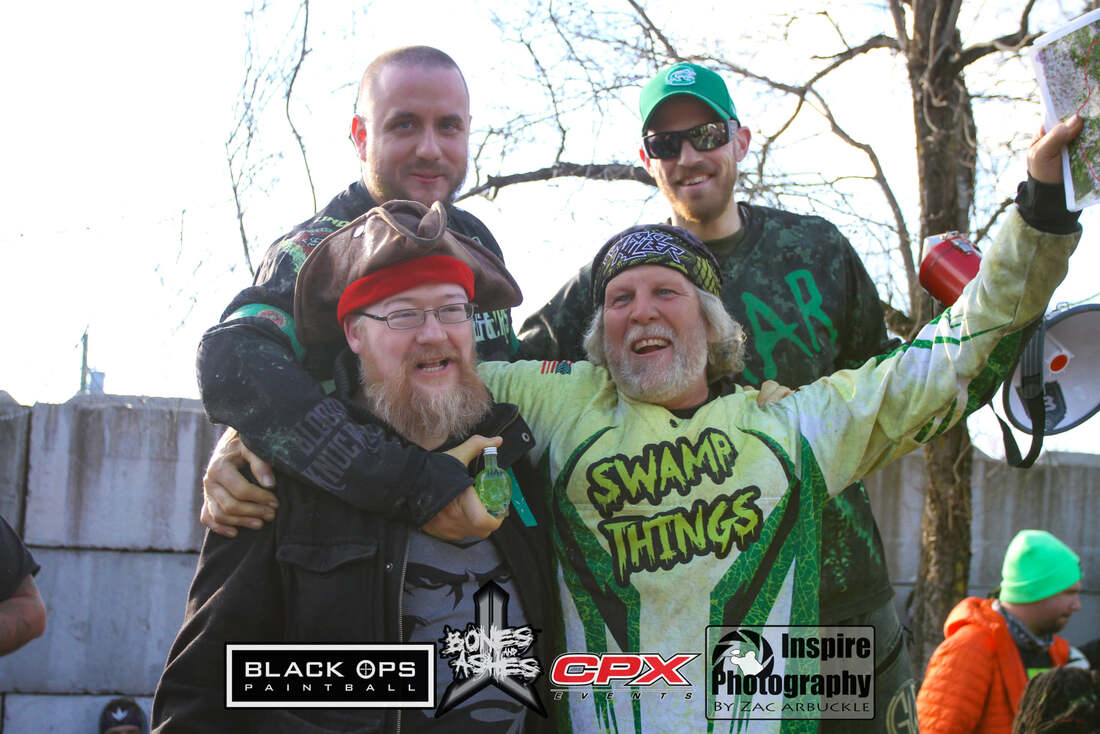 Being pirate-y
Why should players join WARSAW and play for you?  What’s your elevator pitch?  If you could speak directly to undecided teams and players, what would you tell them?
Both sides offer great leadership and dynamic field play. In my experience Warsaw teams have the fun of playing up the “Bad Guy” aspect. There ain’t no party like the Communist Party they say!

If anyone wants to know more about joining a WARSAW unit, how should they go about that?  If they have questions about WARSAW in general?
I am always available to any player to answer questions and will gladly discuss the various units to help them find a fit that will lead to the best game for them! Looking forward to seeing everyone there! 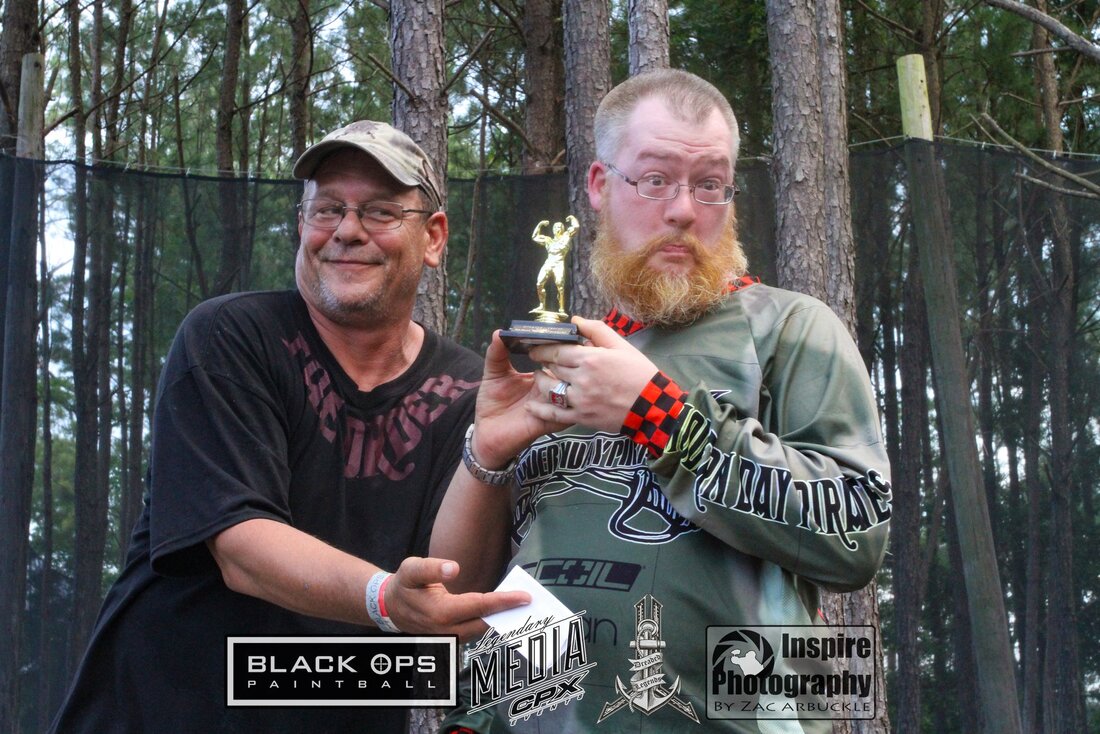