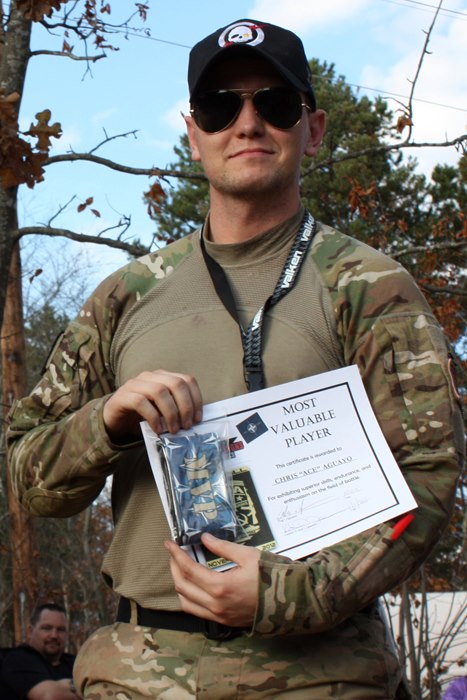 Your NATO General and Past Fulda Gap MVP, Chris Aguayo
For those that play scenario paintball, Fulda Gap is one of the most-attend events of the year.  It helps close out the year, taking place in November in North Carolina.  There, 1,500 or so friends come together in order to shoot each other right in their big dumb faces, and have a great time doing it.  Last year, the event was sidelined much like the rest of the country due to Covid-19.  This year, much like the proverbial Donkey Kong, it is on.

So, as I have done in the past, I wanted to get to know the Generals, and share that with all of you fine people.  We're starting with the NATO General, Chris Aguayo.  He is stepping into the role and taking up the defense of all that is good, while working to defeat the horde of commie bastards hailing from WARSAW.  With that, I give you Chris Aguayo. 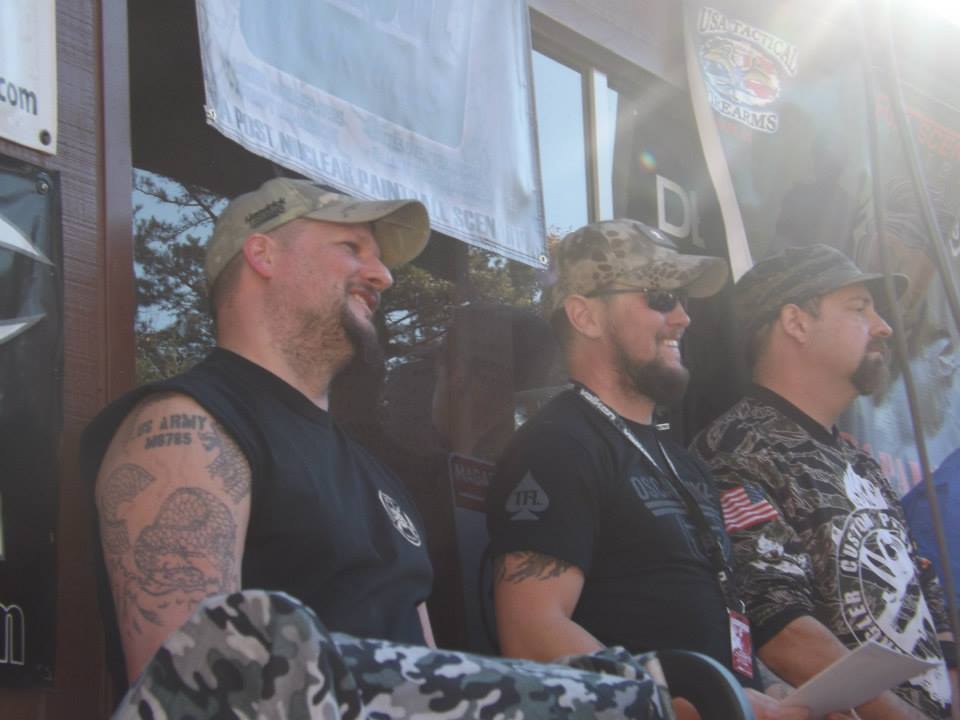 Chris (center) with Eric Engler (right) at a Fulda Gap Awards Cermony
When did you start playing paintball?  Where did you play and who got you into the sport?  How did you land with your current team?
I played paintball a few times as a teenager for birthday parties. I didn’t really get into the sport until 2010 when a buddy of mine from my Army unit asked me to come with him to a team meeting for a team, he and a couple other guys were starting. We played a couple events that year at Black River Paintball before we deployed to Afghanistan. I founded Task Force Legion Milsim in May of 2011.

When did you start getting into scenario games?  When did you start being an officer and getting into commands?  How have you grown as a player and commander since then?  What have been the biggest lessons that you’ve learned?
In 2010, all we participated in was scenario events. I was tasked with being the XO for a Black River event in 2010. The General had an emergency and had to the leave the field, so I was left in command as General for the remainder of the event.

​Fulda Gap 2012 was my 1st unit command as the 2-11th ACR Commander. I think I’ve grown as a player and commander by being more involved and being an ambassador for the sport. I’ve learned to remain humble and have fun.
​
What kind of commander do you see yourself as?  Would you rather be out there leading a charge, or do you prefer to act in a more strategic role, delegating to others?  Or is it dependent on the situation for you??
I think it’s really dependent on the situation. There are times when a General should be in the Tactical Operations Center (TOC) and there’s times when they need to be on the field boosting morale. It helps having an Executive Officer and Unit Commanders on the ground you can trust as well. 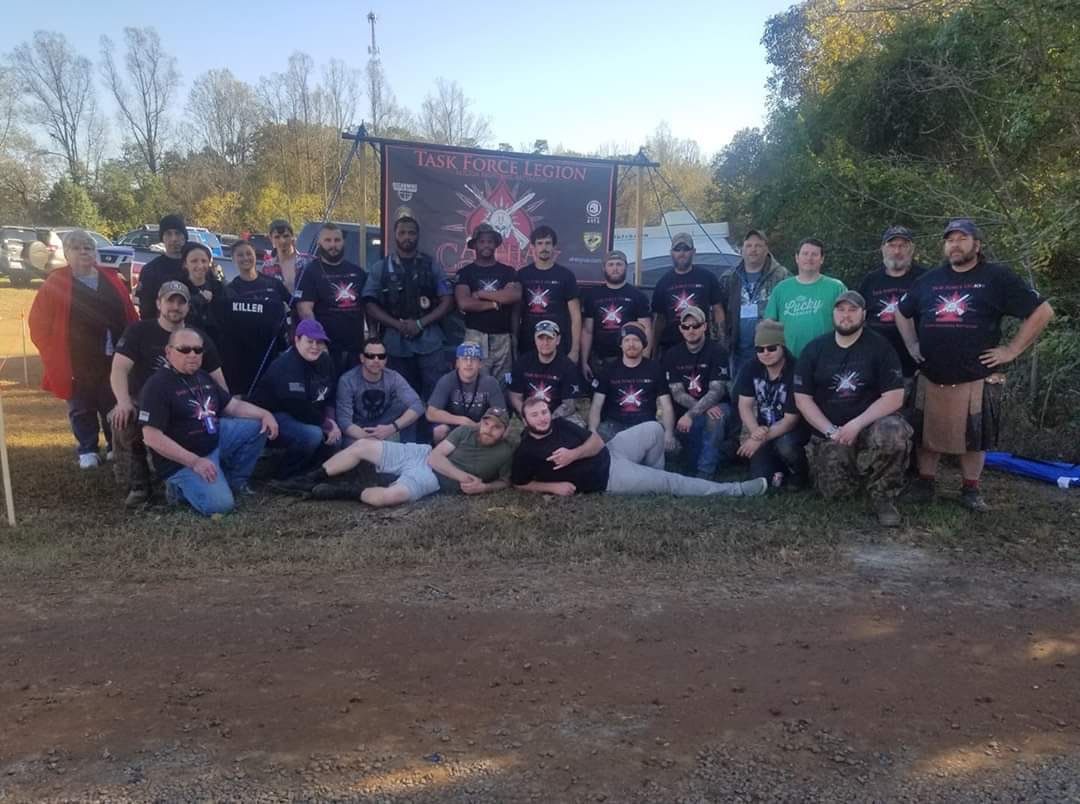 Fulda Gap regulars Task Force Legion
When did you first play Fulda Gap?  What were your first impressions?  What made you come back?
I first played in 2011 after I had gotten back from Afghanistan. 1st impressions? This will be my 8th Fulda Gap and my team’s 10th. It’s our only team mandatory event for the year where every Company is represented. Fulda is like a bare-knuckle fist fight with tanks.

What are your favorite things about Fulda versus other scenarios?  What separates it from others for you?  What makes it special for you personally, on and off the field?  Is there any aspect of it that you think is underrated or that players who haven’t been there should experience that they might not know about prior to going?
For me, it’s the camaraderie amongst the players on both sides. Yeah, we talk a lot of crap back and forth, but at the end of the day we all get together and celebrate our sport.

To me personally Fulda is the culmination of the year. The intense fire fights, the back and forth pushes for ground & bases, the tank battles between Gotha, Rex, and Sim. 1,500 players balling their hearts out in the foothills of the Appalachian Mountains; What’s not to love?
​
How did you end up here, as General of the Super Bowl of Scenarios?  How many years did you act as an officer prior to this?  What areas of the field did you command?
My team volunteered my name for the list of prospective Generals due to this year’s Fulda being our 10th Anniversary. I served as the 2-11 ACR Commander and 3-23 INF Commander. I also served in various other roles which lead me to receive the MVP award in 2012 for NATO. 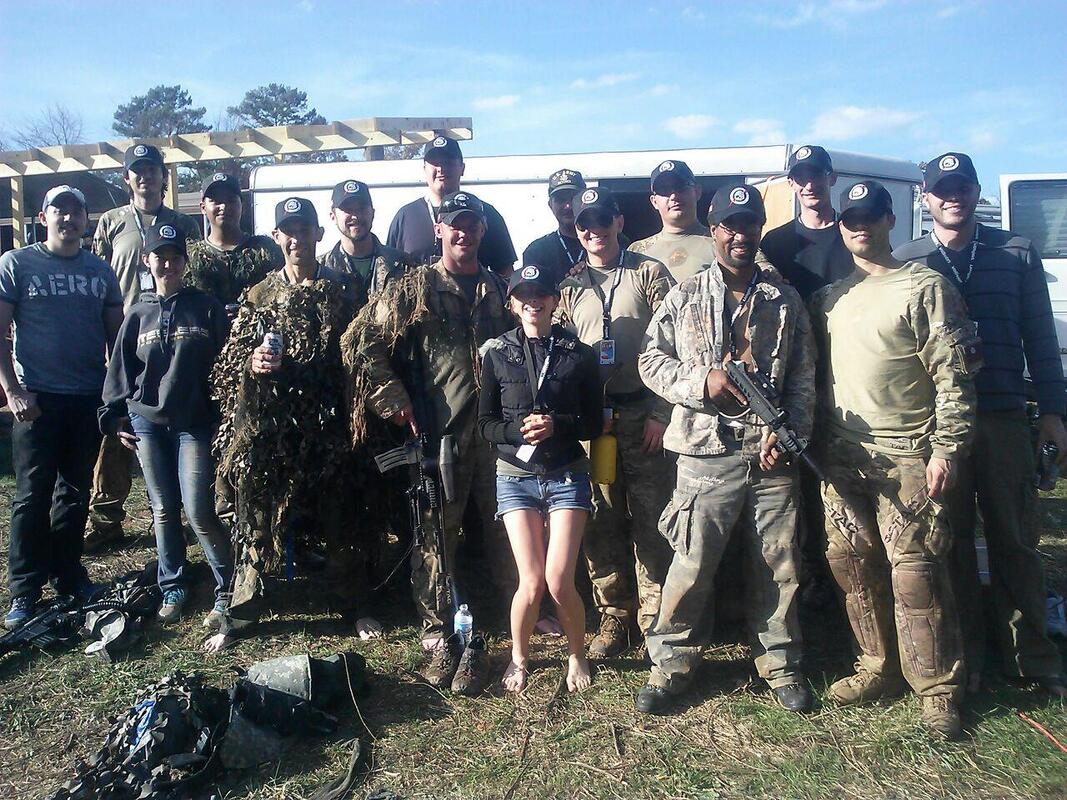 Pictured with his team
As a new General to Fulda, what do you expect the biggest challenges to be?  How did you plan on mitigating those challenges?  Do you see any advantages to being the new general?
This will be my second time as a General for Fulda Gap (Editor's Note: I stand corrected!). I was the Warsaw General in 2014, but that doesn’t take away from any of the challenges I’ll be facing.

​The teams that play on Warsaw are a unified front. They’ve consistently played together on Warsaw for countless years. In years past, Warsaw has dominated the field. The biggest challenge I’ll face is keeping the morale up and NATO players from being pushed back without a chance of breaking out.

Without giving away any strategy, what are your philosophies on commanding a game of this size and magnitude?  What’s important to you in goals for the team, both in terms of trying to win and just overall for your players?
Keeping the players engaged on both sides is the biggest key to success for an event like this. On top of staying engaged, the players need to have fun. That’s my biggest goal for the entire weekend.

What do you look for in your officers?  Why did you choose those who you picked this year?  What are you hoping to get from them this year in November?
I chose battle hardened leaders. Guys that I can trust will stick to the plan while being able to adapt to changes on the go. It isn’t so much what I hope to get from them…..It’s what they can expect from me and that’s leading by example.
​
What do you hope for in regards to players on your team and teams that decide to play NATO?  If you had a message for them prior to the big game, what would it be?
Keep the faith, hustle, stay hydrated, be where you need to be when you need to be there, trust your unit commanders, but most importantly have fun. 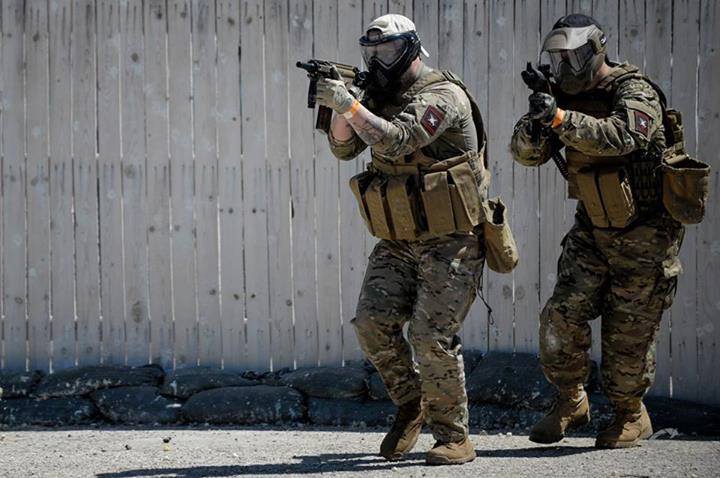 Chris shooting people, as we all love doing
What do you think is the single most important thing for players to do to help your side win this year?  What can separate NATO players from WARSAW and put them ahead for the win this year?
Stay together. Don’t get discouraged if we get pushed back. We’re going to fight our hearts out together and leave it all out on the field. Stay focused and don’t let egos or tempers get the better of you. Most importantly be that role model the young guns can look up to.

You’re commanding the NATO side, which generally has to be more strategic, due to by nature having less players by design.  What do you see as the biggest challenges and biggest opportunities for you and your side in playing NATO?
Our biggest challenge is low morale and disorganization. Our biggest opportunity/advantage; being underestimated by Warsaw.

Why should players join NATO and play for you?  What’s your elevator pitch?  If you could speak directly to undecided teams and players, what would you tell them?
I will never guarantee a victory. I know better than that. What I can guarantee is an amazing and fun-filled weekend of slinging paint. I can guarantee that I will be the 1st on the field for NATO and I will be at the entry point greeting the players as they come off the field at the end of the day. I can guarantee intense fire fights and a bare knuckle fight that will have every player walking off that field with a smile on their face.

If anyone wants to know more about joining a NATO unit, how should they go about that?  If they have questions about NATO in general?
Visit www.fuldagap.com, tag me in a comment in the 15th Anniversary event page, be ready to pre-register as units will fill fast, and watch for the unit commander announcements. You’ll be able to contact the unit commanders directly as well. 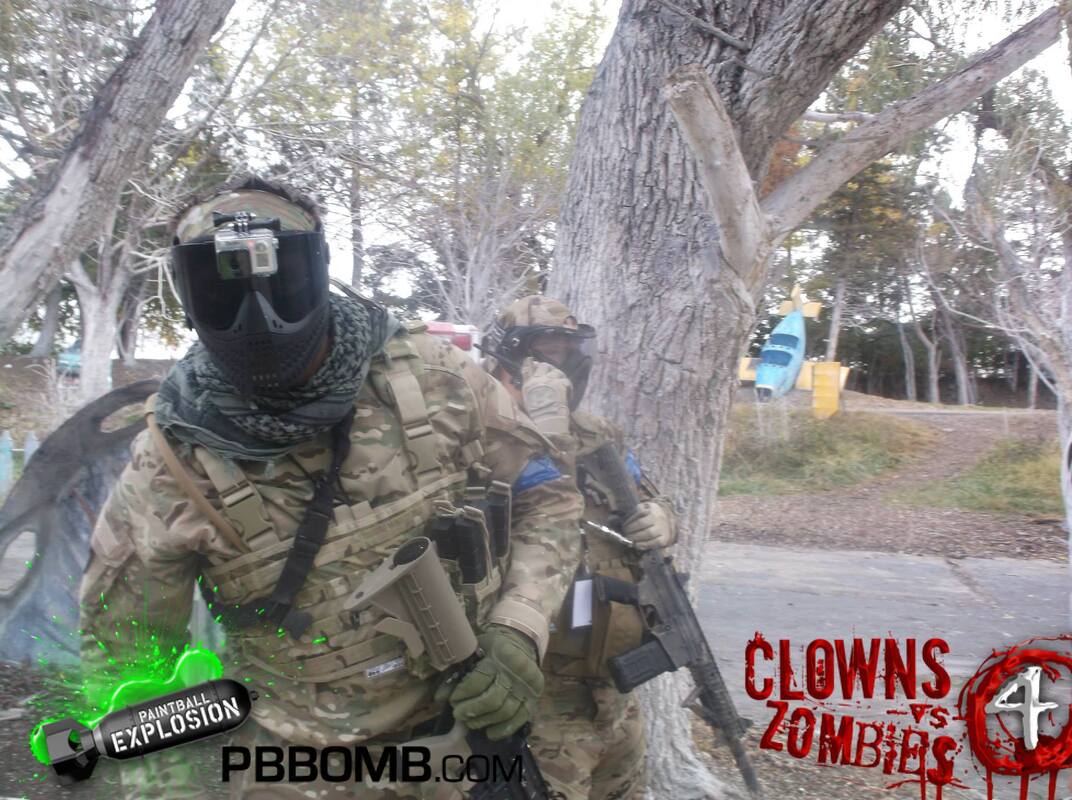