Small Tools, Big DIfference: A Couple Sets of Tools You should Have and Probably Don't

The tools I use to work on this beast
If you work on your own guns, especially autocockers, you know that the last things you want are stripped screws or idiot marks on your gun.  You also know that it's incredibly easy to do, especially on pneumatics with small fittings and things like grip screws.  Well, here are two cheap sets of tools that will help you work on your gear and make a world of difference for you.  And they're things I hadn't tried until 20 years of playing and working on gear, and immediately saw the light.

Bondhus, the wrenches of the gods
Bondhus Allen Keys
I know what you're probably thinking.  "I already have a ton of allen keys.  Who gives a crap about this set?"  That's kind of how I felt as well until I needed a new set of keys, and decided to give these Bondhus keys a shot (available here).  Simon Stevens had always spoken highly of them, and that guy tends to know what he's talking about.

I had always used your standard keys from Eclipse and other cheap ones from paintball companies.  I had stripped plenty of screws over the years, including some smaller ones that I had been working on recently that I couldn't get a good grip with using several key sets, including a couple of new wrenches from Eclipse (hadn't been used) and another cheap set from Amazon.  Each set just spun.

I decided to give the Bondhus's a go.  Immediate grip in the mostly stripped screw, and they starting turning them out.  I felt a huge difference versus the cheap paintball sets I'd always gotten before.  They fit screw heads much, much better.  Noticeably different. 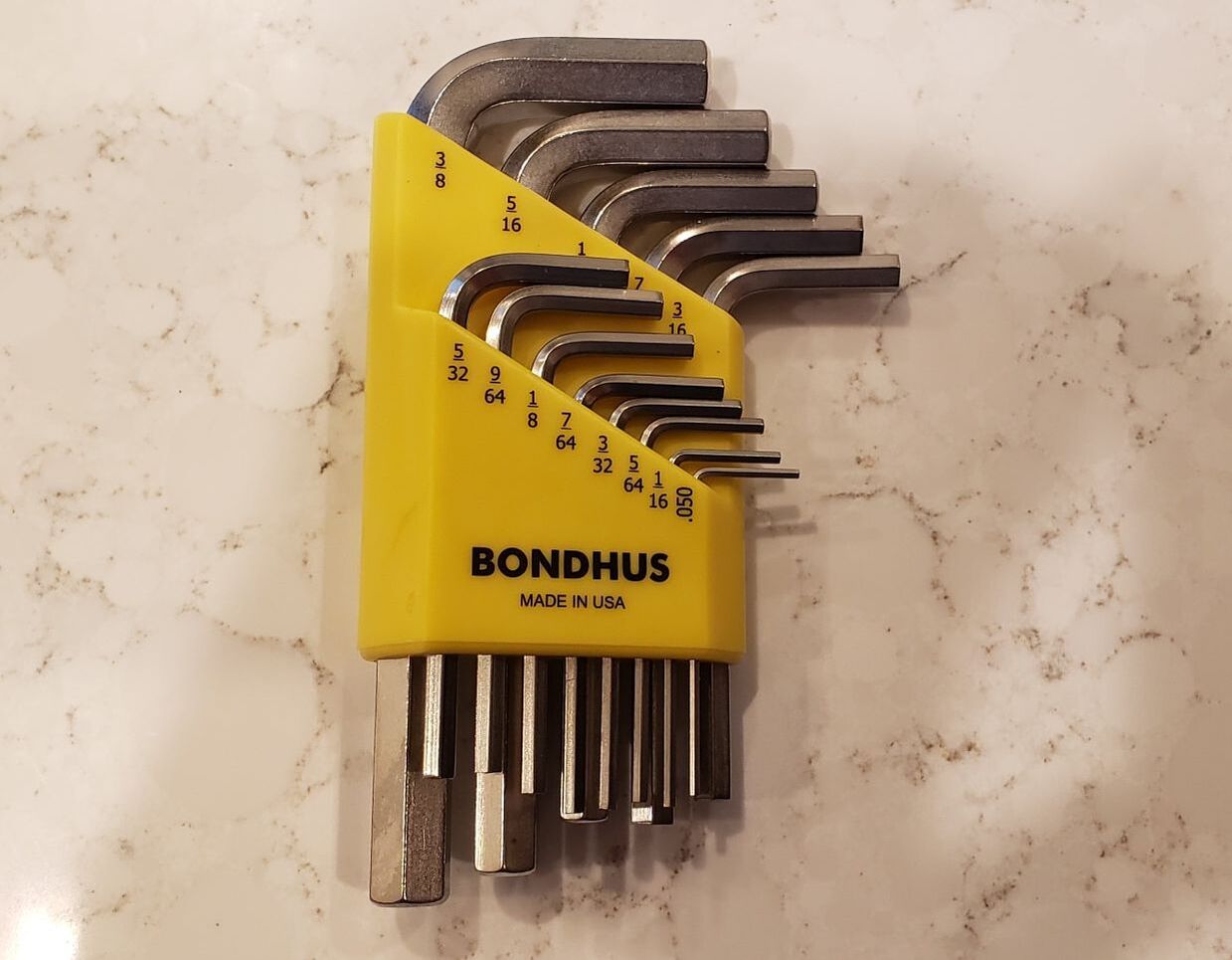 A set that covers just about everything
The problems with stripping screws has, for the most parts, gone away.  They fit is consistently much, much better, locking screws onto the ends and preventing rounding.  I've also been able to work on some screws that have spun with my other keys.  I had always thought what most people do---'What's the difference?'  I really couldn't have been more wrong.  You'll notice an immediate difference, and the cost isn't exactly high.  For under $20, you 'll save yourself frustration and save screws on markers that run thousands.  It's a small price to pay for such a big difference for anyone who techs their own stuff.  You'll literally feel the quality difference. 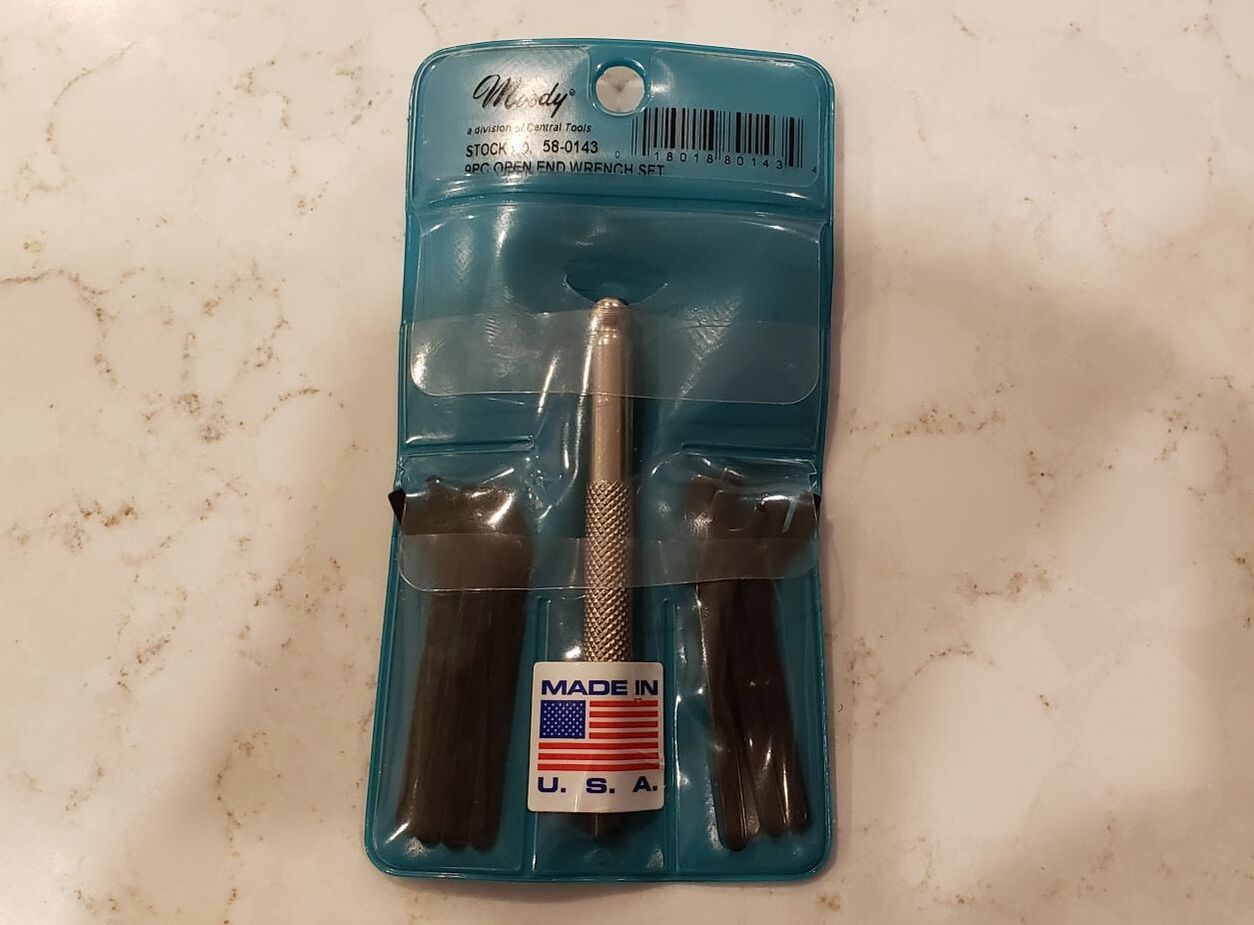 Have fittings? Use these
Moody's Wrench Set
If you own a cocker, you probably hate dealing with tiny barbs.  Most wrench sets don't run that small, and one slip can scratch the crap out of a three way or LPR.  Greg Lund of NFG Customs actually pointed tools like these out to me, and honestly, I wish I had gotten them years ago.  I grabbed a set like there (available here) that fit the cocker's front end.

Slim, interchangeable wrenches slip straight into a knurled handle.  Then, there's a twist lock in the wrench into place.  They're small, thin, and you can put them flush against the pneu without worry of scratching them.  They aren't bulky, and don't have any sharp edges to scratch things while torquing your fittings in your giant mitts. 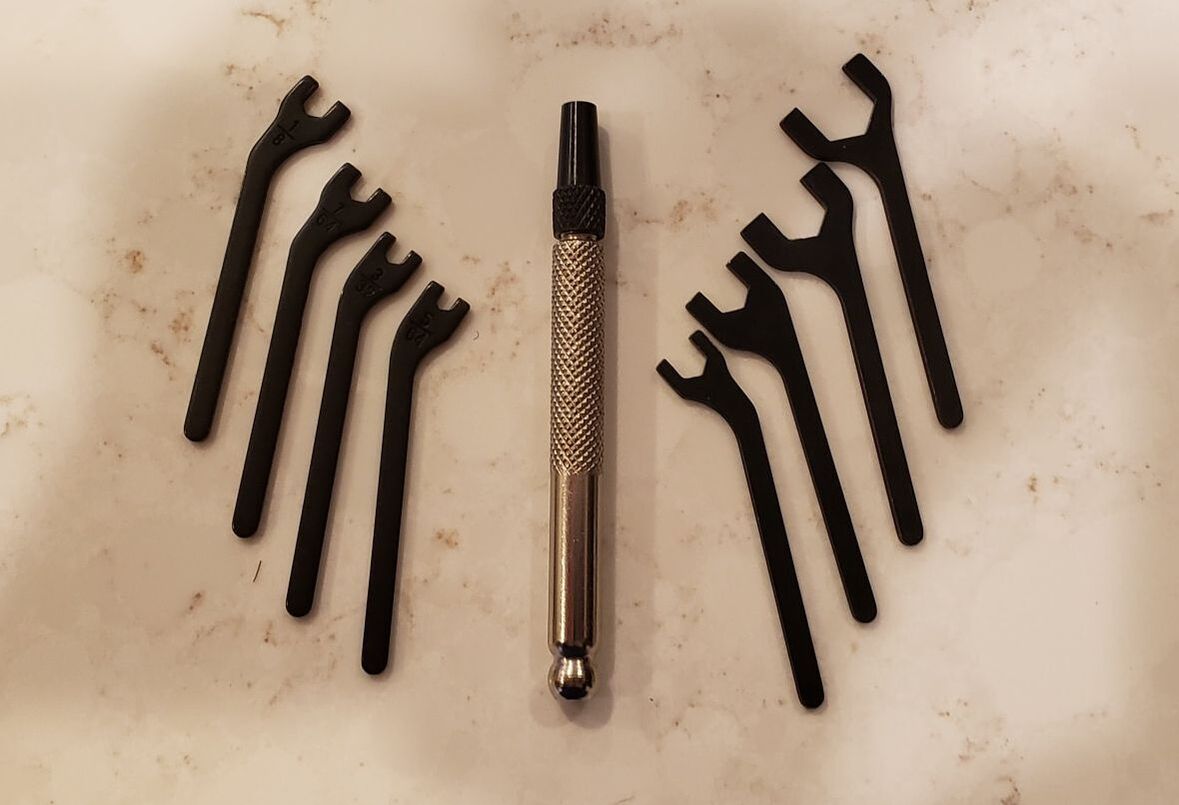 All sorts of sizes
These also grip your fittings well with a tight grip, and the thin shape lets them easily fit between the parts on a front end without rubbing the body of your gun or your part.  Say goodbye to idiot marks.  I'm not saying you'll never make one again, but you will actually really earn it if you put another idiot mark on a parts when dealing with fittings.  And again, it's not expensive.  They run about $20, and were a piece of kit I wish I had heard of 15 years ago.

Fully torqued
Not every good thing in paintball needs to cost a fortune or needs to be super flashy for it to be something you should get.  A quality set of wrenches and Allen keys can save you huge headaches, time, and money down the road.  I wish I had known about these things years ago.  They're not expensive, but they make a big difference.  I would recommend grabbing a set of each of these and not looking back.